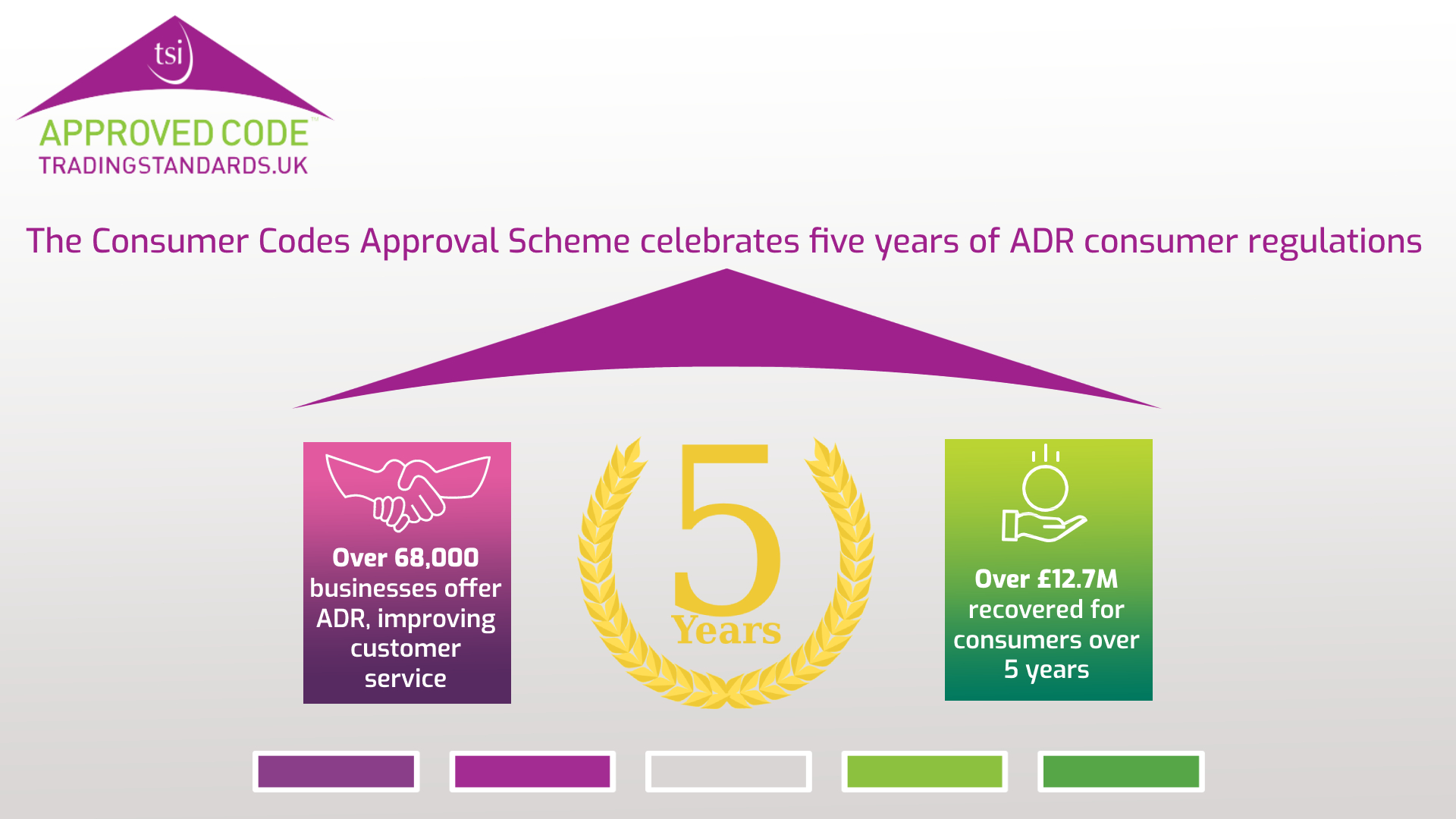 The ADR regulations were launched in 2015 to create better relations between consumer and traders, and encourage dispute resolution without going to court. Over the past five years, over 68,000 UK businesses joined the scheme and over £12.7M was recovered for consumers. In April, a report revealed that CCAS now protects almost £135bn of consumer transactions, a 62% year-on-year increase.

By assisting consumers and businesses, ADR within CCAS helps both avoid costly court proceedings and enables them to reach an agreement quicker. Consumers gain access to a clear complaint and ADR procedure. Businesses are regularly audited and monitored to ensure they comply with the high standards set by their approved code of practice. By using an approved trader, consumers have protection above and beyond regular consumer law rights.

CTSI Chief Executive and Interim Chair of the CCAS Board, Leon Livermore, said: “ADR has proved vital for strengthening the relationship between UK consumers and businesses. I am proud of CCAS’ achievements over the past five years, and I look forward to its continuing growth and development as we come out of the coronavirus lockdown, and over the next five years.”