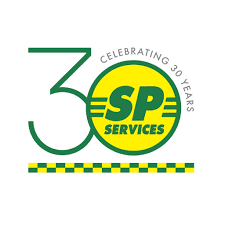 It started as a young man’s hobby and grew into one of the most successful, multi million pound medical supplies businesses serving customers around the world.

What began as a quick sale of a few torches to St John Ambulance in the 1980s grew into a company recognised by national Governments, the World Health Organisation, NHS and global health and emergency services.

SP Services, the firm founded by Steve Bray (55), who bought a few Maglite torches for St John Ambulance three decades ago, is now a major supplier of 14,000 medical products to hundreds of healthcare organisations.

Celebrating their 30th anniversary, the company has just recorded its best ever sales quarter leading to a boost in recruitment of new staff across the UK and more apprentices at their Midlands head office, expanding the company ethos of investing in youth.

“We have come a long way over the past 30 years from what started as a hobby and grew into a lifelong career. It is a very rewarding business. We are not just selling a product but making a difference in the health industry,” said Steve.

It was the Government which called on SP Services for urgent supplies of gloves and scissors for the Salisbury Novichok investigation, police worked with them to create “acid attack” prevention kits nationwide, and they kitted out our UK Border Agency with lifesaving defibrillators. SP Parabags, lightweight rucksacks, carrying medical kit are currently being trialled in various settings to achieve standardisation and the best possible equipment solutions.

The Department for International Trade has just appointed SP as one of 50 “export champions” in the Midlands to help spread the word about their export success.

Hospital doctors in accidents and emergency departments use healthcare products supplied by SP Services as do soldiers in war zones and their medical kitbags can even be seen in use by medics treating both England and Premiership footballers.

SP Services are the master distributor for CELOX™ in the UK, and with CELOX Rapid Gauze, first responders can now drastically reduce the time taken to treat a life-threatening bleeding wound, using only 60 seconds compression. This saves over two minutes of treatment time compared to other haemostatic gauzes.

Tourniquets and dressings are ready for public disasters such as the London tube bombing. SP Services supplies first aid equipment for everyone from local schools to large blue chip companies.

A growing client list includes the NHS, Army, NATO, WHO, United Nations, police, fire, ambulance and coastguards, the prison service and a host of leading companies and organisations. They were also the medical kit supplier for the London Olympics.

With a staff of 37 and a £2m stockholding of quality medical equipment ready for distribution anywhere in the world, it is all a far cry from when Steve, then a hospital technician, walked into an emergency services exhibition in Leicester and bought torches for his friends at St John Ambulance, an organisation he joined as a 12-year-old.

“I was volunteering at Chelsea Flower Show and I knew how useful the torches would be to St John. They shone a light on the sort of extra vital equipment needed and a couple of weeks later I started the business.

“I knew then and now that having the right equipment and training to use it, is essential in the healthcare industry.

“It’s very rewarding to supply the best quality medical equipment to wherever it is needed in the world at a moment’s notice because we know supplies are urgently needed to save lives. At SP Services we all like to be a part of that.”

Staff at SP with a medical background test out the equipment and train customers in its use for products which are ready to view online or in their showroom shop at their £2m Bastion House HQ in Hortonwood, Telford – easily recognisable with its sand coloured armoured personnel carrier used as an ambulance in Iraq, parked outside.

SP Services supply everything from plasters to personal protective equipment, bandages to blood pressure monitors, equipment bags to eyewash and first aid kits to furniture. They also supply medical aid, including ice packs and stretchers, to carry injured Premiership footballers off the pitch and medical products for Hollywood movies as well as Bond films, and hospital TV dramas from Casualty to Coronation Street.

A celebration 30th birthday party for customers and staff was held at Weston Park in Shropshire on June 1.