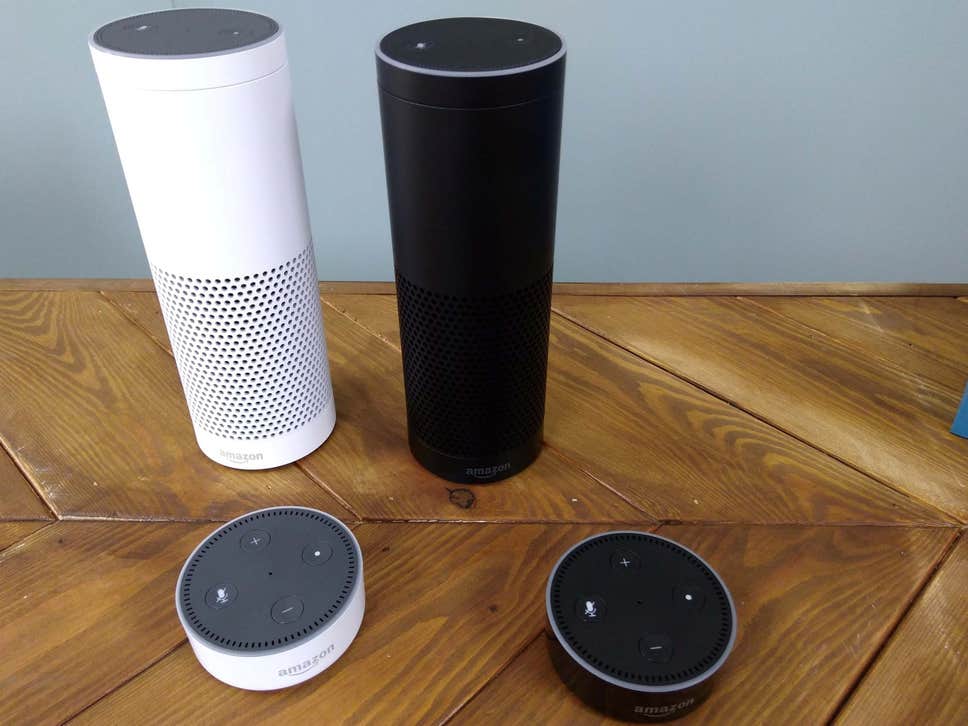 ‘These devices have amazing capabilities that we can take advantage of,’ says scientist.

Digital assistants such as Amazon’s Alexa could soon be capable of alerting paramedics to a person in cardiac arrest, scientists believe.

Researchers have developed the prototype of an audio tool which can detect the irregular breathing of someone whose heart has stopped beating and automatically call emergency services.

The team developing the technology at the University of Washington said it could be built into smart speaker devices such as Amazon Echo or Google Home to potentially save lives.

About half of people suffering cardiac arrest gasp for air, a distinctive symptom known as agonal breathing. Immediate cardiopulmonary resuscitation can double their chances of survival but requires a bystander to be present.

The researchers’ tool detected agonal breathing in 97 per cent of audio clips at a distance of up to 20 feet (six metres) away, according to a study published in the journal Digital Medicine.

“This kind of breathing happens when a patient experiences really low oxygen levels,” said study co-author Jacob Sunshine, an assistant professor of anesthesiology and pain medicine at the university’s school of medicine. “It’s sort of a guttural gasping noise, and its uniqueness makes it a good audio biomarker to use to identify if someone is experiencing a cardiac arrest.”

Researchers gathered 162 clips of agonal breathing from real emergency calls to Seattle’s medical services. They extracted 2.5-second segments of audio from the files, recorded between 2009 and 2017, to create a total of 236 clips.

“A lot of people have smart speakers in their homes, and these devices have amazing capabilities that we can take advantage of,” said study co-author Shyam Gollakota, an associate professor in the university’s school of computer science and engineering.

He added: “We envision a contactless system that works by continuously and passively monitoring the bedroom for an agonal breathing event, and alerts anyone nearby to come provide CPR. And then if there’s no response, the device can automatically call 911.”

The devices were tested at different distances and alongside interfering sounds such as pets, traffic and air condition to simulate the home environment.

For the negative dataset, the team used 83 hours of audio collected during sleep studies, yielding 7,305 sound samples. These clips contained typical noises that people make in their sleep, such as snoring or obstructive sleep apnea.

The algorithm incorrectly categorised a breathing sound as agonal breathing 0.14 per cent of the time.

“We don’t want to alert either emergency services or loved ones unnecessarily, so it’s important that we reduce our false positive rate,” said doctoral student Justin Chan, who worked on the study.

Researchers envision the tool could function run passively on a smart speaker or smartphone while people sleep. They said no data would need to be stored or sent to the cloud as the algorithm would be running in real time.

The team is planning to commercialise the technology through a University of Washington spinout company, Sound Life Sciences.

“Cardiac arrests are a very common way for people to die, and right now many of them can go unwitnessed,” Dr Sunshine said. “Part of what makes this technology so compelling is that it could help us catch more patients in time for them to be treated.”

“Alongside administering CPR, the early use of a defibrillator before the ambulance services arrive can more than double the chance of survival. This is why knowing how to perform CPR and having defibrillators available to the public in moments of need is essential.”