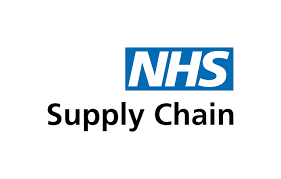 Jin Sahota our Chief Executive Officer has informed the Board and colleagues that he is stepping down from his role at SCCL, the management function of NHS Supply Chain.  This decision is Jin’s personal decision and comes at the conclusion of his assignment to NHS Supply Chain.  He was commissioned to design, build and operationalise a new national procurement route for the NHS and the new operating model is now up and running.

Under Jin’s leadership NHS Supply Chain was named the Best Commercial Project in 2019 at the Government Commercial Function Leadership Awards, and has grown its share of the market from 38% to 56% since its creation.

Howard Blackith our Chief Information Officer will be leaving SCCL on the 9 October, to join Ericsson in a global role.   We thank Howard for his significant contribution in delivering the programme and establishing the IT function we have today and we wish Howard the best in his future role.

In the meantime, it is business as usual for NHS Supply Chain, which plays a vital role as part of the wider NHS family focused on delivering patient care.

Jim Spittle Chair of the SCCL Board said: “I would like to personally thank Jin for his contribution to the business whilst on secondment from the Government Commercial Office. We will shortly begin the process of recruiting our first substantive CEO, which has always been part of the plan for the next stage of the organisation’s development. Jin, the Board and I are discussing the next steps and timings.”