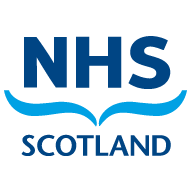 Specification of Requirements for Stoma Appliance in the Community

This document sets out the standards to be met by all Stoma Appliance Suppliers for the purposes of being placed on a list of approved suppliers authorised to supply Stoma Appliances to patients in the community via the Stoma Service Suppliers. Failure to continue to meet the standards set out in this document, as assessed on behalf of Scottish Government by National Procurement, a division of the Common Services Agency, a statutory body constituted pursuant to the National Health Service (Scotland) Act 1978 and having its headquarters at Gyle Square, 1 South Gyle Crescent, Edinburgh, EH12 9EB (“the Common Services Agency”) may result in such parties being removed from the list of approved suppliers.
This is a continuation of the arrangements previously put in place in March 2014.