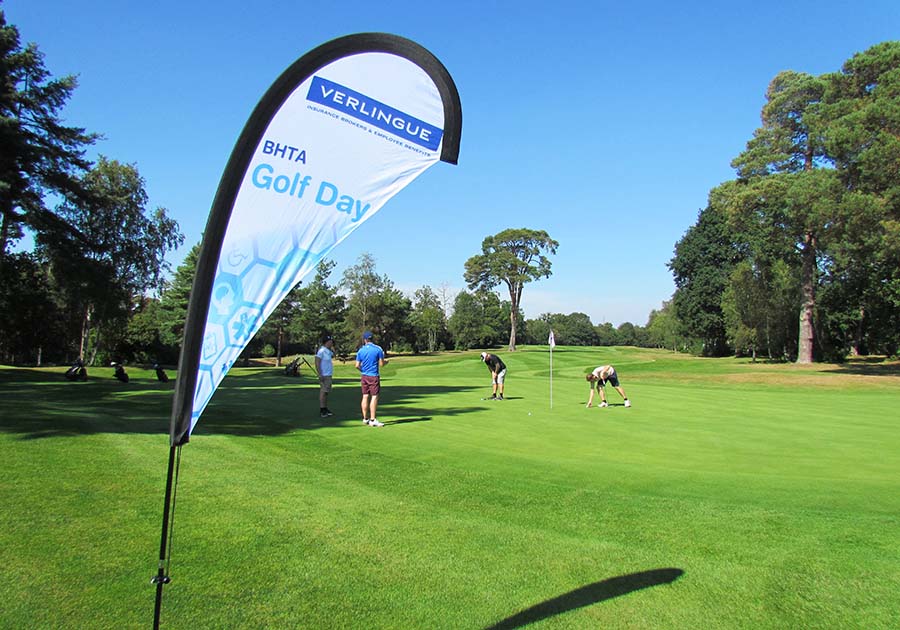 As the sun shone and temperatures rose to an idyllic 28 degrees, 64 golfers came together at the award-winning Foxhills Country Club and Resort to participate in the British Healthcare Trades Association (BHTA)’s annual Golf Day.

This year’s tournament, which welcomed a mixture of familiar faces and newcomers, saw players split into 16 teams of four and tee off on Foxhills’ Championship-rated Longcross course – ranked among the Top 100 golf courses in England.

The light breeze gently rustled the surrounding scots pine, beech and silver birch trees lining the course, providing incredible scenery for teams to take in as they made their way around the 18 holes.

Throughout the day, the BHTA team were continuously on hand as well, ensuring participants remained suitably refreshed in the heat.

Players experienced some challenging Par 4s during the day as the golfers competed for a number of individual prizes, including ‘Nearest to the pin’ on every Par 3 and ‘Longest drive’ on hole 12. Prizes were also awarded for individual scores and teams, with both calculated through the Stableford scoring format.

After enjoying 18 holes on the Championship course, players returned to Foxhills’ glorious club balcony to enjoy a delicious two-course barbecue and drinks in the sun ahead of the awards ceremony.

All prizes were presented by Alastair Maxwell, President of the BHTA, and Kevin Charman, Director of event sponsor Verlingue.

The individual prize for the ‘Longest Drive’ on Hole 12 was won by DIETZ Rehab’s Mike Booker, playing as part of the Care & Independence team for the day, who turned heads with a spectacular strike.

The final set of prizes were for the top three individual scores and top three team scores.

Third place for the team scores was Eakin Healthcare Group, with Fish Insurance a close second. The overall winning team on the day was Peak Medical.

Discussing the event, Andrew Stevenson, Chairman of the British Healthcare Trades Association, commented: “It was fantastic to see our members come together and enjoy the wonderful weather and magnificent Foxhills course and venue at this year’s BHTA Annual Golf Day. After such a difficult 18 months for the industry, it was refreshing to see members coming together, enjoying themselves and making new friends.

“Congratulations to those who won prizes after some brilliant rounds of golf. Thank you to all those that came and joined us on the day. I am also particularly grateful to our sponsors, Verlingue, for helping make the day such a success. I would also like to thank the team at Foxhills and the BHTA for organising the event and looking after players on the day.

“I look forward to seeing our members at future events as we prepare to bring new ways for our members to connect in the coming months.”

Also, a special thank you to the annual Golf Day’s sponsor, Verlingue Insurance, whose support made this year’s fantastic event possible.