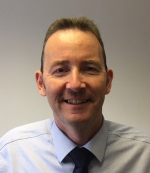 With over thirty years experience working in medical devices, the majority of which have been at a senior level. Operating as a Director since 2002, initially working for Coloplast Ltd and then Hollister Ltd since 2013, and currently working as Market Access & Regulatory Director. Across various roles, responsibilities have included sales, marketing, political affairs, operations, HR and regulatory.

Throughout his career Bob has been actively involved with the BHTA and UTA for many years and more recently has become a member of the Drug Tariff Committee where he represents the BHTA. Bob also has significant negotiation and influencing experience with different key stakeholders including DHSC, MPs, Peers, Patient Organisations and the NHS.

Bob looks forward to playing a part in supporting and guiding the work of the BHTA over future years.